In a public poll 99.8% of people stated that they would NOT pay for rapists and murders to ‘teach’ children.

A tabloid headline perhaps for surely that would be the reaction of every concerned citizen. Yet catching the public unaware has become the nature of the Governmental game. The Labour Party’s introduction of ‘sex education’ to the school curriculum has seen teen pregnancy boom and is now

set to groom children as young as 5. It has now come to light that local Government under the control of the likes

The bulk sum of the Council Tax Bill is concentrated around the local council. While ‘your’ local council does provide public maintenance and refuse removal a significant area of its remit is child services. This is in terms of providing staffing and resources to child care facilities, schools and libraries. It is critical to note that these resources are sanctioned by the same Government of Labour Paedophile protector Mayor Joe Anderson. So in the children’s section of library’s 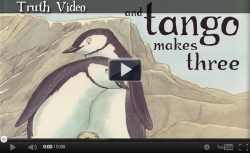 you are likely to find books about Homosexual penguins and in primary schools highly sexualised books explaining how an orgasm is just like being tickled.

In the interests of transparency the ‘services’ we the public are paying for should be detailed in much the same way a telephone company is able to list the calls made from a customer’s telephone number. Here should a phone number appear on a customer’s bill that does not correspond with that customers habits it can be queried with the phone company. Nevertheless, most Council Tax bills will no doubt look similar to the one featured. A true portrayal of a council tax bill however would follow the guide lines portrayed and would look something like the one below-:

Breakdown of Annual Charge for Band

Introducing sex, homosexuality and the use of paedophilic teachers in the classroom to confused children purposely damaging their natural sexual identity.

Under the guise of the ‘Police authority’ maintaining a private army on British soil to terrorise the public and protect the position of the Government at any level.

Of course if a council tax bill like this appeared in letter boxes the responses from the public SHOULD be much different. Would not they at least contest PAYING for the corruption of Europe for it would show in no uncertain terms that it was the Government who was at least the enemy in Britain. Naturally all educators are not monsters that prey on children. Indeed one suspects that most are violently opposed to sexual perversion invading schools. However, passive resistance merely equates with cowardice and achieves nothing. With the reality clear that the Zionist Government itself is the root of corruption it can only be opposed by a unified public front.

To conclude the Government wants perverted rapists and murderers to ‘teach’ our children and is angered when the public refuses to pay for the ‘services’ of these paedophilic teachers and Councillors. YOU ARE PAYING FOR THE DEFILEMENT AND MURDER OF YOUR CHILDREN.

1 Response to In a public poll 99.8% of people stated that they would NOT pay for rapists and murders to ‘teach’ children.