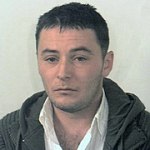 The ‘ridiculous’ Blackburn police force in Labour Party jack straws constituency arrested Britain’s most wanted Dangerous Paedophile Joshua karney, then allowed him to leave the police station to continue to molest and rape young children again. the local people of Blackburn are furious with the police and justice minister Jack Straw. Karney was arrested in 2003 for sexually attacking a child by making the boy drink alcohol and then sexually molesting him. Joshua karney was then released on bail and was never seen since. It is unknown how many children have been attacked up and down the country by a paedophile that Labour Party Jack Straw allowed to get free, by Joshua Karney.

Joshua Karney was arrested and no-one in the police station checked him out ! They had let Britain’s most wanted Paedophile free !

Maybe jack straw has a softness for sex offenders after his brother William Straw molested and touched a young teenage girl after asking her did she want to see ‘some new born puppies.’ The girl was tricked, and in a bedroom, William Straw was touching her belly and it was only until she got realy upset, that William straw ran off. William Straw is on the sex offenders register.

There is a picture of Joshua karney above. If you spot him, don’t bother ringing Blackburn Police, it’s Labour Party Jack straws constituency, and they will ‘accidentally’ let him go. Just like william Straw was let go and is walking around free, along with Labour Party council in Blackburn who took 8 years to bring the Muslim Paedophile gangs to light… just before the election that the Labour Party ‘Paedophile Lovers’ lost.

‘when you find him Jack, put your brother in the same prison cell as Joshua karney and the rest of the Labour25+, Paedophiles stick together’

He has a strong irish accent and is from Dublin. alias’ Devon Daniels, Mark Moffit, Kieran Arran O’shea, James O’shaun, Aaron Wiely. He has a Pierced left eyebrow and pierced left ear. He travels throughout the UK and Ireland so next time you are on holiday in Ireland or on the Irish ferries, keep a look out for him.