The victim was aged just nine at the time but is now a man aged 55 – The case has also been referred to the Independent Police Complaints Commission.

Detectives have confirmed they are investigating the complaint made by a man, who is now aged 55.

The man has made a series of complaints against the politician, who he said had befriended his foster parents, dating back to the 1960s and early-1970s.

The Labour peer, then still known as George Thomas, was a long-standing Speaker of the House of Commons.

Viscount Tonypandy, a school teacher before becoming an MP, may have had links to the Paedophile Information Exchange (PIE). 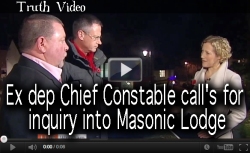 Police have also referred the matter to the Independent Police Complaints Commission because of a suspicious delay in launching their investigation after the initial allegation was made in April 2013.

The man who has made the allegations is quoted today as saying: “He spent a lot of time at my house as my parents were good friends with him. It has been with me all my life.”

He said the assaults at the centre of the allegation were also carried out at various address in the city.

Viscount Tonypandy served in Prime Minister Harold Wilson’s Labour government as Secretary of State for Wales from 1968 to 1970.

He enjoyed greater prominence and popularity as the Speaker, a position he held between 1976 and 1983. He died in 1997.

The victim, now living in Australia, said his foster parents were Labour Party supporters. He added: “We went on many campaigns for Harold Wilson, Jim Callaghan and George Thomas.”

He said he reported the crime to South Wales Police on several occasions, but the police had failed to do anything.

Assistant Chief Constable Nikki Holland said: “We have since spoken to the victim, apologized for the delay and are investigating the incident. This delay was unacceptable and we have referred the matter to the Independent Police Complaints Commission.”

His homosexual friend, the late Labour Party MP Leo Abse, revealed in 2001 that the peer had been blackmailed by people threatening to expose his homosexual activities.